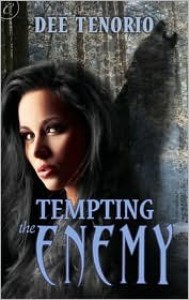 Detective Pale Rysen knows what it’s like to be hunted. That’s why he, the Alpha Wolf, has dedicated his life to protecting and rescuing others. But when a serial killer known as the Woodsman starts targeting young women, Pale fears even he won’t be able to discover the madman’s identity. That doesn’t mean that he wants to work with a hated Sibile, however. Yet Jade-Scarlet isn’t what he expected; for one thing, she’s half Wolf. For another, she’s in Heat and Pale is irresistibly attracted to her…

Jade-Scarlet has always felt like a bit of an outsider. Her powers aren’t as strong as the Order would like, but when her mentor has a vision that Jade must work with Pale, she is assigned to the Woodsman case. The case will test Jade’s ability and the danger surrounding her multiplies when her Wolf nature threatens to overtake her Sibile side. Even more explosive is the passion that threatens to burst between Jade and Pale. Can Jade reconcile her dual nature? Even if she can, is a future possible for Jade and Pale when he considers any Sibile to be his enemy?

Enter a world unlike any you’ve seen before in the intriguing Tempting the Enemy. I started reading Dee Tenorio’s books this year and have been busy glomming up her backlist. Having read almost everything Ms. Tenorio’s written, I can safely say that Tempting the Enemy is a departure from her usual style and shows how versatile Ms. Tenorio can be. Temping the Enemy is packed with action, danger, and shadowed with menace in the form of the Woodsman. Ms. Tenorio doesn’t hold back, and the trials Jade and Pale face in hunting down a psychopath make Tempting the Enemy all the more powerful. The two protagonists are more than up to the task. Jade and Pale both have complementing strengths, which make them a perfect match. Each has their own demons to face too, though I won’t spoil the book by revealing what they are.

Tempting the Enemy opens up a world fraught with peril and though Pale and Jade find happiness, it seems (to me at least) that Ms. Tenorio has left more obstacles in place that could be the basis for future books. I’ll leave with saying that I thoroughly enjoyed Temping the Enemy. It’s original, sensual, and fascinating – what more can you ask for?
Tweet