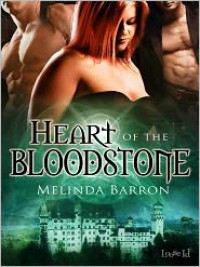 Shapeshifter Regina has long served as a spy planted in an evil witch’s court. She’s done things that sicken her and the only bright spot in her hellish existence is that her mission brought the dark faerie Jessup into her life. Regina would like nothing better than to run off with Jessup somewhere, but first she has to do her part in saving humanity. The evil witch Matlyn is planning to resurrect Garmund Monk and send the world into darkness and the only way to stop her is to retrieve the three pentagram stones Matlyn stole and destroy Monk forever.

Regina has helped the first two triads – guardians of their respective stones – recover two of the pentagram stones. She can’t, however, find out who the third triad is. Time is running out and Matlyn has thrown yet another wrench in Regina’s plans. She’s charged Regina and Jessup with “entertaining” another dark faerie, Notus. It seems Jessup and Notus have a history and Matlyn wants Notus to break Regina and Jessup apart. Will Matlyn’s plan succeed? Or is the bond that comes to life between Jessup, Regina, and Notus the sign that they are the final triad? The clock’s ticking, and to save the world Regina and Jessup will have to risk everything by trusting a faerie who might be the answer to their prayers…or the male who sends them all to their death.

The battle between good and evil reaches its climax in the too-sexy-for-words Heart of the Bloodstone. Melinda Barron continues to ratchet up the heat in the final chapter of her fantastic Pentagram Stones trilogy. Heart of the Bloodstone has it all: sensuality, humor, danger, forgiveness, love, and a healthy dose of spanking, which is too fun to leave out. I loved how well Regina, Notus, and Jessup fit together. Each has a distinct personality and voice, but they complement one another in all the best ways. There might be some partiality on my part towards the darkly dominant Jessup, but in all honesty I fell hard and fast for each of the protagonists, and as such, I couldn’t stop reading Heart of the Bloodstone until I knew the three would get their happily ever after.

It’s difficult to write about the non-romance aspects of Heart of the Bloodstone without giving away spoilers, so I’ll beg forgiveness for keeping quiet on much of the story. What I will say is that fans of the Pentagram Stones series will no doubt be fully satisfied with the way Ms. Barron ends the trilogy; I know I was. Readers new to the trilogy might want to read the first two books, Amethyst Eyes and Garnet Strength, before picking up Heart of the Bloodstone. While the love story stands on its own and Ms. Barron provides enough background information regarding the rest to read Heart of the Bloodstone as a standalone, I think the book might lose some of its impact if you haven’t first read Amethyst Eyes and Garnet Strength.

Finishing Heart of the Bloodstone was a bit of a bittersweet moment for me. I’ve loved each story in this trilogy and was thrilled with the way it ended, but I’m also a bit sad to leave the three triads behind. I think that that, more than anything, speaks to the power of this series. As with the two previous Pentagram Stones stories, I adored Heart of the Bloodstone and I look forward to revisiting Jessup, Regina, and Notus many times over.
Tweet