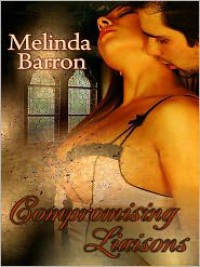 Headstrong Lady Vesta Richmond isn’t about to enter into her marriage to the Duke of Waterford ignorant of what goes on in the marriage bed. She’s determined to learn about sex, so she asks the one person she can trust: her companion and closest friend, Margaret Compton. Though she’s been a widow for three years, Margaret remembers well the pleasures of love making, and the more erotic side of passion. Margaret takes a risk and gives Vesta The Duke’s Mistress, a racy epistolary novel that should tell Vesta everything she needs to know – and then some. But when Vesta’s brother, Calvin, the Earl of Melbrook, discovers what Margaret has done, he’s beyond furious and turns Margaret out of his house without a reference. Luckily Calvin’s best friend, Ethan Cromwell, is willing to take the lovely widow in until Vesta marries and can bring Margaret into her new household.

Will the duke still want to marry Vesta now that she’s been compromised by her introduction to carnal knowledge? Can the attraction between Ethan and a widowed woman beneath his station go anywhere? And what about Calvin? Can he convince his lover to become his wife or will the secrets she’s keeping from him destroy their chance at happiness?

A wicked book of illicit encounters between a nameless duke and his mistress paves the way for romance in the utterly charming Compromising Liaisons. Melinda Barron masterfully weaves together three tales of lust and love as six people navigate over, around, and through social mores to find happiness.

Part of what captivated me about Compromising Liaisons was how the three romances intertwined with the bonds of friendship and family. I was even more enamored with the sensual love stories. Each was different, yet bound together by the naughty novel that’s the cause of all their trouble and joy. Vesta is the innocent young daughter of the Marquess of Brightly. She’s an inquisitive, unstoppable force of nature, and she doesn’t want to go to her marriage bed frightened and unknowledgeable. It takes a confident, worldly man to be a match for her; good thing Sterling, her fiancé, is every bit up for the task. Sterling is everything a hero should be. He’s sexy, honest, understanding, and appreciative of the woman he’s to marry. Reading his and Vesta’s romance, I’ll admit it wasn’t only Vesta who melted over the duke.

The other two romances in Compromising Liaisons feature widows, though Margaret and Beatrice are worlds apart in terms of economics and social station. Margaret is a vicar’s widow and she’s a forthright, honest soul who doesn’t back down. I loved her openness and I love that Ethan saw her immediately for who she really was and fell hard and fast. He isn’t one to be cowed into accepting society’s opinion of who would make a proper wife for him, and for that I was glad. As for Beatrice, Lady Morset, her secrets I will not reveal, but I understood her reticence to marry Calvin, even though she loves him. Once Calvin stopped growling over his sister’s behavior, I cheered him on in his quest to win Beatrice’s hand in marriage.