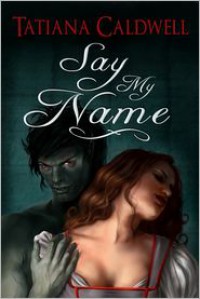 Anna Miller is used to, if slightly frustrated by, her father constantly bragging about her. His exaggerations bring a stream of suitors to her doorstep, but Anna, who had long ago given her heart to Prince Thomas, refuses them all. When one of her father’s overblown metaphors captures the attention of Thomas, who is now the king, Anna finds herself in a whole lot of trouble. Thomas, so different from the young prince Anna once knew, demands that she spin straw into gold. If she fails, her father’s life is forfeit.

Rescue comes from the most unlikely of sources, in the form of a goblin. The nameless, shunned creature has no idea who he is or why he is constantly drawn to the castle, but he knows he cannot leave the lovely Anna in peril. A more unlikely pair than Anna and the goblin there can never be, but lust and love are the strongest of equalizers. But if Anna wants to escape the king’s clutches and find her happily ever after with her goblin, she must first break the spell…by saying his name.

Tatiana Caldwell takes the classic fairytale Rumpelstiltskin (and its English fairytale counterpart Tom Tit Tot) and turns it on its head in the sexy Say My Name. Ms. Caldwell drew me in from the first and I found the entire tale utterly engaging. Both Anna and Goblin charmed me, while King Thomas is suitably dastardly. There were a few points where some more modern expressions drew me out of the story, but on the whole I adored Say My Name. It has that inexplicable element of enchantment that can only be captured in an excellent fairytale combined with the divine sensuality of an adult romance. Say My Name is a delight through and through and I can’t wait to read more of Ms. Caldwell’s work!
Tweet