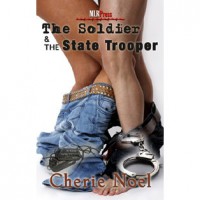 When Doctor John Watson arrives in Toddington Oaks, he isn’t shocked to find that his closest friend, Sherlock Holmes, is on a case. Watson is, however, startled to learn that Holmes is planning to marry. Yet Holmes’s impending nuptials have nothing on the famous detective’s biggest surprise: the revelation that his feelings for Watson are far more intimate than he’s ever let on. Watson himself has hidden his desire for Holmes, so discovering that his feelings are returned make him want to leave the countryside and return to Baker Street immediately so that the two of them may explore the boundaries of their altered relationship in privacy. Sadly, neither Holmes nor Watson can ignore the case of the spy in Toddington Oaks. But as the pair hunt the traitor in their midst their newfound relationship may be cut short – for someone is out to kill Watson.