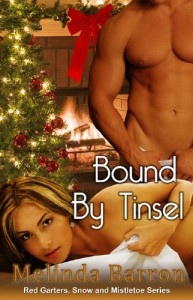 
You would imagine that auditioning phone sex operators for a planned prank on a friend would be fun for a man, but for attorney Burke Gordon, it’s not as exciting as it would seem. He hopes that the next phone sex artist, Serendipity, will work out so he can go home and concentrate on a big case he’s working on. But when Burke hears Serendipity’s voice, all thoughts of the courtroom fly out of his head. Despite only hearing her over the phone, Burke senses a connection between him and the irresistible Serendipity.

Fallon Nichols is a court reporter by day, but supplements her income by being a phone sex artist by night. Talking dirty’s her job, but something about her newest client, the dominant Mr. X, gets Fallon hot and bothered. As phone sex leads to more intimate conversations, Fallon discovers she can’t get Mr. X out of her mind. When she finds out that Mr. X is Burke Gordon, a local attorney, Fallon decides she has to quash her fantasies of him. How could a successful lawyer ever fall for a size sixteen court reporter?

What Fallon doesn’t know is that Burke isn’t about to let her go without a fight. He’s done some investigating of his own, and with the help of a little tinsel, he’ll bind Fallon to him in the same way she’s already bound his heart to her.

Sometimes all you need to find love is a little serendipity. Bound by Tinsel is a wonderfully fun, sexy tale about luck – or fate – bringing two lovers together in a most unusual way. Both Burke and Fallon are characters who work hard and, when it comes to one another, play even harder. It was delightful to read about two characters who began to fall for one another by learning one another’s secrets and desires before they could be influenced by one another’s looks or social positions. Because Fallon and Burke are such likeable characters, it was especially exciting to watch how they clicked first on the phone and then in person. I’m a sucker for a happy ending, and Melinda Barron writes some of the best, filled with unconditional love, acceptance, and, of course, red-hot sex. Bound by Tinsel is a gift that keeps on giving, bringing joy and satisfaction with it every time it’s read.
Tweet