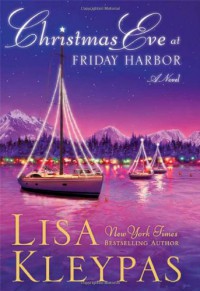 The Nolans have never really been close as a family, raised as they were by less-than-stellar parents. Everything changes for the three Nolan brothers one night when their sister, Victoria, is killed in an accident. Mark, the oldest, is left to care for his six-year-old niece, Holly. Mark doesn’t think he’s equipped to be a parent, at least, not on his own, so he shanghais his brother Sam into helping him with Holly. Together, the pair sets out to do anything and everything they can to make Holly’s life whole. The first problem they have to tackle is the fact that Holly still won’t speak, not even six months after her mother’s passing. To Mark’s surprise, a chance encounter at a local toy shop is just the thing both he and Holly need.

Toy shop owner Maggie doesn’t believe she has any love left to give; not since her husband lost the battle to cancer. But when a young girl enters her store in need of a bit of magic, Maggie can’t help but fall in love, with both the little girl and her serious uncle. The holiday season is a time for miracles – can it bring three lonely souls together and make them a family?

Christmas Eve at Friday Harbor shines with warmth, hope, and love. I got lost in the story, letting it almost wrap around me like a blanket as I devoured the book in one reading. Lisa Kleypas knows how to create characters that will touch your heart, and those in Christmas Eve at Friday Harbor are no exception. Maggie has loved and lost, yet still manages to bring joy and cheer into the lives of others. She’s reticent to get involved with anyone, which is understandable when you take into consideration the loss she has suffered. Mark is an everyman hero, one who won me over not with miraculous charm, wit, or feats of daring. Instead, he captured my heart because he is a man who didn’t know love from his parents, but who steps up to do absolutely anything he can to make sure he is the best parent he can be for Holly, making sure she is loved and cared. Holly is sweetness and light without ever seeming impossibly perfect for a child. This trio captivated me and were only upstaged at rare moments by Renfield, a dog so hideously ugly and full of problems that I could not help but adore him.

Christmas Eve at Friday Harbor starts Ms. Kleypas’s Friday Harbor series on a high note. I can’t wait to read the other two Nolan brothers’ stories. Sam, the charming middle brother made me smile all the way through the story. But it’s Alex, the youngest brother who has me most intrigued. He’s guarded, seemingly distant, but does things that speak of his caring for his family. As a longtime fan of Ms. Kleypas’s, those signs indicate that Alex’s book is going to be knock-your-socks-off-amazing.