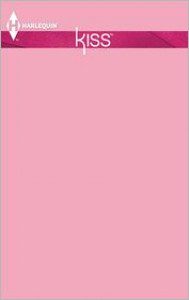 My review cross-posted from Wit and Sin: http://witandsin.blogspot.com/2013/08/review-maid-of-dishonor-by-heidi-rice.html

In college, Gina Carrington was known as the “bad girl,” and she made no apologies for her naughty behavior. But the consequences of falling for – and sleeping with – her best friend’s engaged brother, Carter Price, were almost too much for even the tough-as-nails Gina to handle. It’s been ten years since the blowup that cost Gina one of her friends (and a heck of a lot more), and the sassy Brit is more than ready to put the past behind her. But while preparing for her friend’s wedding, Gina runs into Carter again. The Southern charmer who once melted the defenses around Gina’s heart is now single and hotter than ever… and this time he’s the one in pursuit. Gina swore she’d never risk her heart again, but the chemistry between her and Carter proves to be too much for her to resist. But what will happen when their fling turns into something more?

Author Heidi Rice is sure to keep you on your toes with Maid of Dishonor! This fast-paced, engaging romance is filled with decadent sensuality, sharp-edged repartee, heartbreak, and second chances.

Having been intrigued by Gina since the first Wedding Season book, The Unexpected Wedding Guest, I started her story with high expectations. Ms. Rice definitely did not disappoint. Gina was everything I’d hoped for and more. She’s bright, bold, and with each layer of her character you pull back, she simply becomes more and more endearing. She’s been hurt so many times that the walls around her heart are high and she pushes people away in an attempt to shield herself from further hurt. Ms. Rice broke my heart over and over again with her; Gina’s sassy exterior hides a vulnerable side that made me yearn for her to find love. Carter is the one person who truly sees through Gina’s mask. I loved that Ms. Rice showed their first meeting because I could see why Gina fell for the sensitive young man Carter once was, even though he was off-limits. Ten years after she first fell for him, Carter’s lost a lot of his innocence. For most of Maid of Dishonor he’s a dominating alpha male who has no problem steamrolling Gina’s objections when he sets out to seduce her. The passion between them is ragingly hot, but I did mourn the loss of Carter’s sweeter side a bit when his alpha side got a bit too overpowering for my personal taste.

Maid of Dishonor is the third book in the multi-author Wedding Season quartet, but it can be read as a standalone. Gina’s fellow Awesomes all play strong supporting roles, and it was lovely to watch them come together to plan a wedding for Cassie (the heroine of book two, Girl Least Likely to Marry). Ms. Rice did leave me hanging regarding the strain in both Gina and Carter’s relationships with Carter’s sister, Marnie. However, I’m assuming this was done on purpose, as Marnie is the heroine of the next book, Last Groom Standing.

Gina alone could make me love Maid of Dishonor, but Ms. Rice provides plenty of reasons to adore this book. I’ve read Maid of Dishonor twice already and I know I’ll be coming back for more.